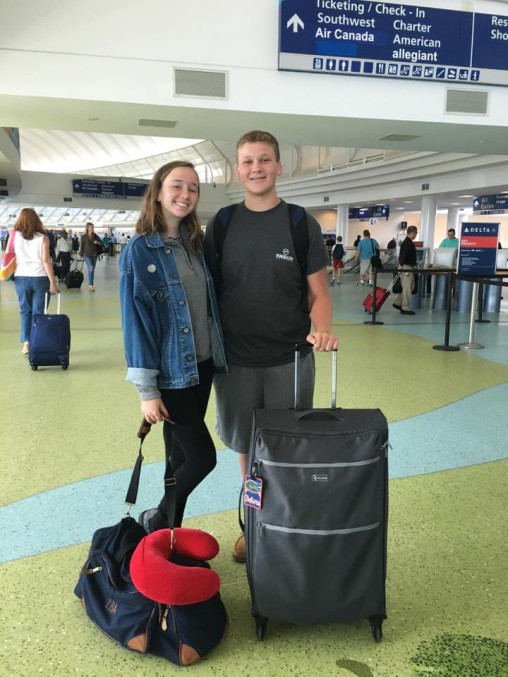 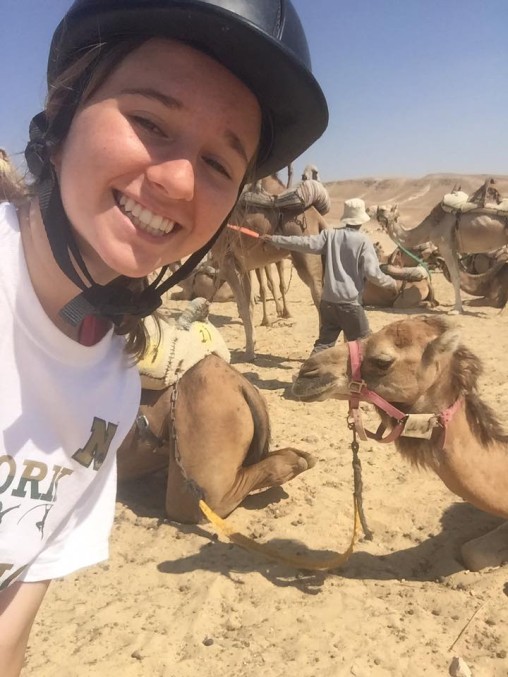 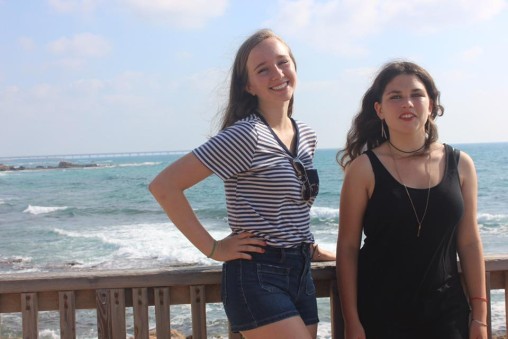 I was sitting in my room, completing an urgent homework assignment due the next morning. I was stressed nonetheless, unsure of my future and where I would stand if I turned in an incomplete assignment to my strict teacher. I heard footsteps leading up to my room. Someone knocked on my door and peaked their head through the crack. My mother’s friendly voice told me she had good news. Desperately hoping something would make me less stressed, I was eager to hear what she had to say. “You are going to Israel this summer with that program the Federation does,” she exclaimed.

Now, most people would have immediately responded, ‘Wow, that’s amazing and thanks, Mom!’ But, instead, I chose to say, ‘What?’ A part of me was excited for a new adventure, but the other (more stressed) half was panicking, thinking, “Israel?” My mother assured me this was a once in a lifetime opportunity, but at that moment, I didn’t care. And then, I became extremely nervous of what the future had in store. Little did I know that going overseas on the Israel Partnership’s Tikkun Olam trip sponsored by the Jewish Federation of Jacksonville would be one of the best experiences of my entire life.

Fast-forward a few months later to early summer, when I remember walking into the airport, still unsure of what this trip had in store for me, but slightly less anxious. I had no clue what to expect, and no idea what a great connection I would make with the people and the Land of Israel. I saw Jill Abel, the coordinator of the trip, and Logan Sims, a boy who had also never been to our homeland. Jill helped check me and Logan in for our flight and brought us to the security checkpoint. Before we knew it, Logan and I were on our way to John F. Kennedy International Airport. After a couple hours, we landed and quickly ran to the gate marked Tel Aviv. Eventually we made it onto the plane, and out of the blue, I had that incredible moment when I entered the plane and turned down the aisle, stopping as I saw the most amazing thing. The entire plane was filled with bustling orthodox men and women, placing luggage in overhead compartments and cradling small children. In that moment I had a realization that everyone on this plane is like me because everyone is Jewish.

Growing up in Jacksonville, I have always been the minority. Though the Jewish community in Jacksonville is large and vibrant, I am one of the only Jews in my school and in my neighborhood, which can make any person feel alone, especially a high school student. I believe this is why entering a plane filled with other Jewish people like myself left such a lasting impact. I wasn’t alone anymore. I was with ‘MY’ people. All my stress from the previous months drifted away and was replaced by comfort and security. In that moment, I became ecstatic for the next two weeks and what they had in store.

Climbing a mountain, swimming in the Dead Sea, and praying at the Western Wall were only a few of the life-changing activities I shared with my Israeli and American peers on the Tikkun Olam trip. Though these activities were absolutely amazing, I believe the most impactful aspect of the trip were the people. Every night after a long day, the entire group of American teens and their Israeli hosts would gather at a host’s home and just hang out. Here, the group would talk, dance, laugh and crack endless jokes, making everyone chuckle until their stomachs hurt. These are the moments I enjoyed the most and the ones I will miss the most as I think about the incredible opportunity I was afforded this past summer, so I could learn more about Israelis and the country they call home, but mostly about myself.