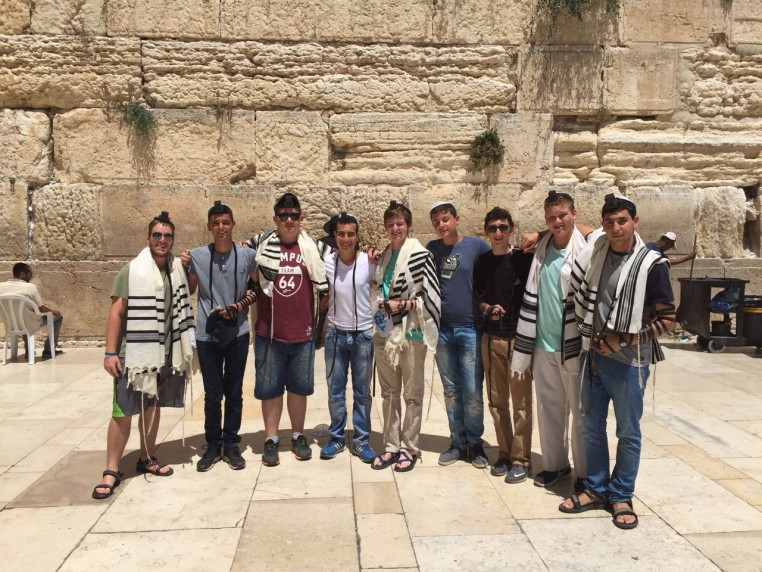 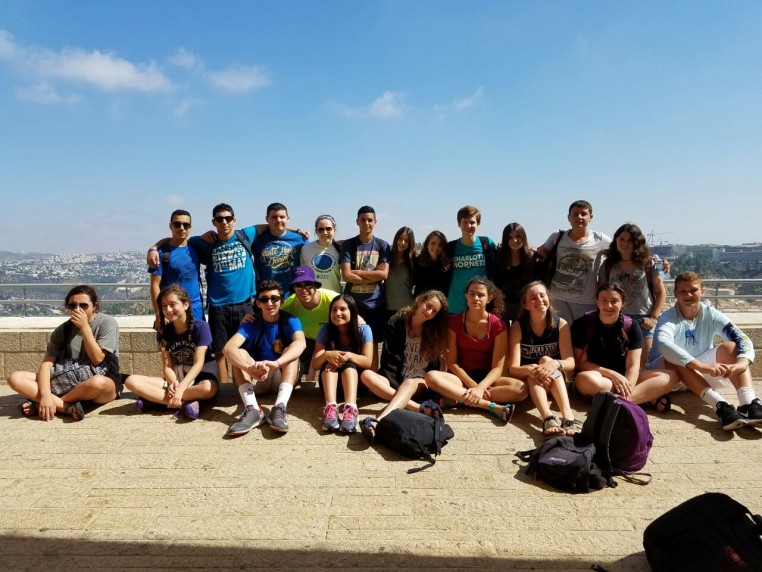 My trip to Israel turned out to be the best two weeks of my life. Before I went to Israel, I was a bit hesitant to embark on my journey into a foreign land where I knew no one, besides the one person I knew from Jacksonville who was traveling with me. Although I was a bit indecisive about going on the trip, I'm so happy that I decided to take this trip at the time that I did because of all the connections I made with people and the places that we all visited. While in Israel, our group of teens visited The Dead Sea, The Kotel, Yad Vashem, the Bedouin tents, and many other places.

Two highlights of the trip for me were the Western Wall and Yad Vashem. The Western Wall surprised me because of the atmosphere that you could immediately feel as you passed through the security gates. First off, the women and the men were separated. Then our small group of six Israeli and American boys went to the wall. There, a Rabbi approached us and asked what language we spoke.  He asked us if we were Jewish, and when we said yes, he proceeded to put Tefillin and a Tallit around us. Then we said a prayer and continued to the wall. Two things amazed me while I gazed around the area: the fact that even for some of the Israelis and most of the Americans, including myself, it was our first time putting on the Tefillin. Also, the wall was so significant to me because whenever I visited I felt as if I were closer to God. It felt like there was a stronger presence when I was face to face with the wall, and that was only just one of the moments that made this trip so great.

The second place that impressed me so much on my visit was Yad Vashem, the Holocaust Memorial Museum in Jerusalem. At the museum, we all followed a guide. This experience seemed to bring all of us closer together. One part of the museum was dedicated to the children that had passed away during the Holocaust. I didn't know what to expect to see before I walked inside, but it turned out to be the most beautiful site I have ever seen. We all walked through the dark room seeing individual kids faces in the middle. While each face is shown, you also hear their name being said, and where they are from. Although it was a bittersweet moment to be in the cold dark room, it was dignifying to see that those children were all being remembered. As a few people walked out of the memorial teary-eyed, I felt as if all of our bonds had grown stronger.

The last thing that I want to point out about my trip is the connections that I made with every single person that I met. I grew incredibly close to the Israeli and American teens.  On our last day, it was sad to see us separate, but I know that they will always be a part of my life. Last year, I had an Israeli teen named Ariel stay with me for two weeks, but I didn't go to Israel. The connection I made with him was great.  We still keep in touch to this very day, and I was so excited to see him when he visited my host family and me for dinner one night when I was in Hadera. Before I left the house that I had lived in for two weeks, my host mother told me that whenever I come back, I had a home there in Israel. That had a huge impact on me because I felt like I had become a part of their family, and I was so happy to watch my Israeli friend, Amit, become a part of our family.